A daily spurt of geek!

“Six & Listen” is a song by French hip hop producer Wax Tailor from his 2009 full-length album “In the Mood for Life.”

Jean-Christophe Le Saoût (born 19 July 1975), better known by the stage name Wax Tailor, is a French record producer and D.J. He has released six studio albums collaborating with other artists.

After being a host on French radio in the Paris suburb of Mantes-La-Jolie, Le Saoût started the French rap group La Formule in the 1990s. He created his label Lab’Oratoire in 1998 and produced records from La Formule and Break Beat compilations and a collaboration with the Swedish band Looptroop. He began working on the Wax Tailor project in 2001, first appearing on a remix of Looptroop and La Formule’s “Deep Under Water.”

Below is a timeline of projects by Le Saoût.

In 2004, JC Le Saoût launched the Wax Tailor concept with an E.P., “Lost the Way,” that gained the attention of D.J.s and music critics in his home country.

In 2005, Wax Tailor released his first album, “Tales of the Forgotten Melodies.” The album has never left the Electronic Album sales charts on iTunes since its release.

In 2007, Wax Tailor released his second album “Hope & Sorrow” and had his first crossover hit single with “Positively Inclined.”

In 2008 in France, he was selected in the Victoires de la Musique as “best electronic music album of the year” and won the 7th annual Independent Music Awards Vox Pop vote for best Dance/Electronica Album.

In 2009, Wax Tailor returned with “Say Yes,” his first single for his new album In the Mood for Life. It features Charlie Winston, Charlotte Savary, Sara Genn, Dionne Charles, A State of Mind, Mattic, Ali Harter, and Speech Defect.

In 2012, after three years of touring around the world, Wax Tailor released “Dusty Rainbow from the Dark,” narrated by Don McCorkindale, who voiced the BBC’s serialized version of the classic T.V. show “The Avengers.”

In 2017, following the release of “By Any Beats Necessary”, Wax Tailor went on a lengthy world tour. During this tour, he came up with the idea of having this album remixed. Established producers such as Ollie Teeba (The Herbaliser) or the U.S. duo Du-Rites (J-Zone) as well as a cohort of rising artists such as ProleteR, Soul Square, The Geek x Vrv, Poldoore, Kognitif, Fatbabs, Madwreck, Benji Blow, Le Parasite were selected by Wax Tailor to keep a general musical cohesiveness to the project and bring new life to the original album. 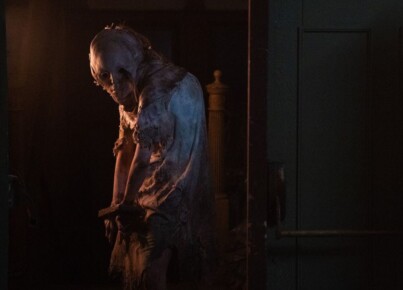 The attempt to reboot the Resident Evil film franchise is not off to the best start.

Entertainment
Disney+ Will Be a Success

The popularity of streaming services has been on the rise for quite some time, and it makes sense that Disney would want its own piece of the pie.