Welcome to Raccoon is the attempt to reboot the Resident Evil film franchise, and it’s not off to the best start. While Director Johannes Roberts manages to deliver on atmosphere, setting, and a few impressive sequences, the film suffers from lazy dialogue and reliance on audience knowledge of the original video games.

While there’s not too much to hate about Resident Evil: Welcome to Raccoon City, there is, unfortunately, a lack of things to love. Poorly written dialogue, a cramped plot, shallow characters mixed with average action sequences, artless gore, and decent to good performances. It may be the case that fans of the Resident Evil universe have more to gain from the film than newcomers, even though they don’t seem impressed entirely either.

The Resident Evil universe goes back to 1996 when Capcom released their survival horror game for Playstation. Since then, there’s been a slew of sequel games, movies, comics, and TV shows.

The original games each take at least ten hours to play through, if not double for completionists. Did I mention this movie covers two games? Yeah. That’s a tall order. A bit too tall for Welcome to Raccoon City.

The atmosphere and story around ‘Racoon City’ are executed quite well and are among the film’s initial strengths. Some of the set pieces are downright impressive, such as the police station and mansion lobbies. Reportedly, Director Johannes Roberts took great care, verging on neuroticism, to craft and film these sets in a way that replicates the look and feel of the first two Resident Evil games. One wonders if the rest of the movie could have looked as good with more of the same attention to detail.

While the cast does the best with what they’re given (Scodelario coming out on top), the dialogue in the film isn’t good and sometimes comes off as flat-out lazy.

The characters are your classic superficial horror-movie archetypes. But, again, the acting isn’t too bad. The audience does have something to root for inside those two-dimensional avatars.

The character development and dialogue are undoubtedly the film’s weakest dimensions. For instance, Avan (Kennedy) is a rookie cop who’s clearly in way over his head. The film uses this for comic relief. Again and again. And again. Avan tries handling a shotgun at one point, and the joke is that he doesn’t know how to use it. There’s nothing wrong with Avan being comic relief. But Roberts’s strange decision to use Avan as a gag rather than drawing from the original material and helping us root for him. Fans of the game remember Avan as a rookie, but one who nonetheless rises to the occasion to help Claire.

Ironically, the film relies too much on preexisting knowledge of the games regarding other characters. Many characters are never successfully incorporated into the plot and don’t seem to have many purposes within the film’s logic. Fans who know and love the games can honestly say these characters don’t mesh with the originals, except for Claire. Claire’s pretty alright.

Overall, Welcome to Raccoon City fails to deliver for new audiences and die-hard fans of Resident Evil. Admittedly, balancing profound lore and rich source material with the need to appeal to newcomers is challenging. Director Johannes Roberts is a fan of Resident Evil, as he makes a point to stuff in as many characters and plot points as possible from the original video games. It results in a clunky film with a runtime too short of capturing the narrative scale and cadence of the source material.

The original games each take at least ten hours to play through, if not double for completionists. Did I mention this movie covers two games? Yeah. That’s a tall order. A bit too tall for Welcome to Raccoon City.

In the end, the film offers too much and too little at the same time.

Did you watch the movie?

If so, I’m interested in what you thought about it. Please leave a comment below with your opinion of the film. Also, let me know what you think about this film review by choosing a reaction emoticon below. Thanks a bunch! 🙂

Entertainment
Disney+ Will Be a Success

The popularity of streaming services has been on the rise for quite some time, and it makes sense that Disney would want its own piece of the pie. 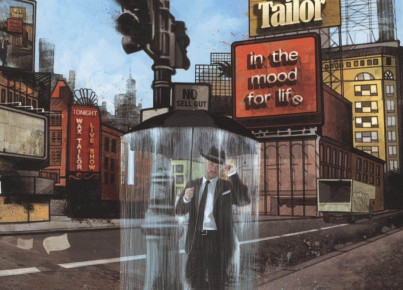